Ecological characterization and diversity of the oak forests of the Sierra de Zapaliname, Coahuila, Mexico

The sierra de Zapalinamé is a natural protected area located at the southeastern portion of Coahuila state. It represents a transitional area between the Chihuahuan Desert and the Sierra Madre Oriental. The oak forest thrives in canyons with temperate climate. In order to determine the distribution, richness and diversity of species in these forests, sixty-six 500 m2-circular plots were established in which information on density, tree diameter, woody species cover and herb frequency was gathered. Density of shrubs and frequency of all species were used to evaluate diversity through the Shannon-Wiener index, and the relationship between diversity and some environmental factors was examined with linear regression. Two associations were recognized: the Quercus greggii–Q. mexicana association, and the Q. saltillensis–Q. laeta association, both growing between 2,000 to 2600 m elevation. Mean total annual rainfall is 324 mm and mean temperature is 16ºC. The Q. saltillensis–Q. laeta forest was the most diverse; its high shrub and herb richness is due to the particular environmental conditions, incidence of human disturbance, and species infiltration from the neighboring piedmont scrub. The relationship between environmental conditions and diversity  atterns shows that species diversity decreases as elevation and precipitation increase, but that it increases with temperature. The oak forest displays a large variability in its diversity: the herbs were the richest group, followed by shrubs and finally by trees. Mean alfa diversity was 40 plants by plot. The observed diversity pattern derives from a combination of ecological process, spatial configuration, and the historical management of the area. Future conservation strategies should consider the control of the human disturbances.

Download data is not yet available.
Ecological characterization and diversity of the oak forests of the Sierra de Zapaliname, Coahuila, Mexico 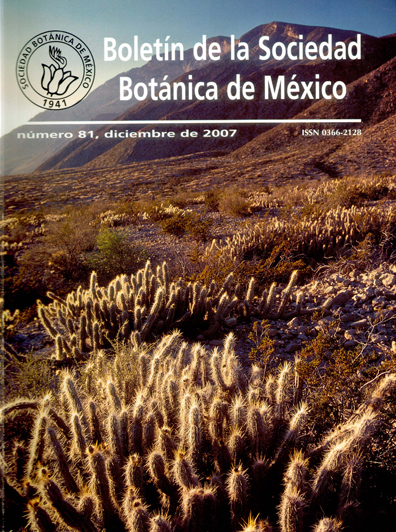 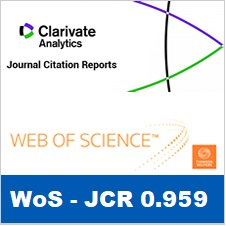