Despite its vicinity to Querétaro City, the La Cañada locality is a moderately preserved zone with deciduous tropical forest and xeric scrub. In this floristic study, nine infraspecific taxa, 264 species, 199 genera and 76 families were recorded. Among these, Asteraceae and Cactaceae comprised the largest numbers of species. At La Cañada a high percentage of the native flora is preserved, and the majority of biological forms recorded for vascular plants. Seventeen percent of the species are endemic to Mexico and Mammillaria mathildae is endemic to the Valley of Querétaro. Five species are included in the Mexican Official Norm of Endangered Species. Two species from the El Bajío region are threatened and two species, previously collected from the locality, probably represent examples of recent extinctions from Querétaro. La Cañada is the locality with the highest recorded richness and diversity within the Valley of Querétaro, supporting 11.3% of the species of the state flora. Our results indicate that La Cañada is an important area that requires sound management for its conservation.

Download data is not yet available.
Floristic analysis of the Cañada, Queretaro, Mexico 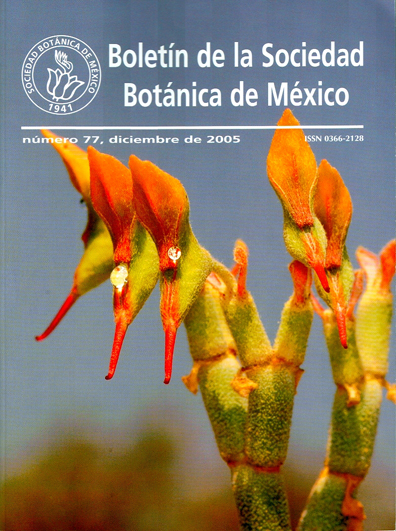